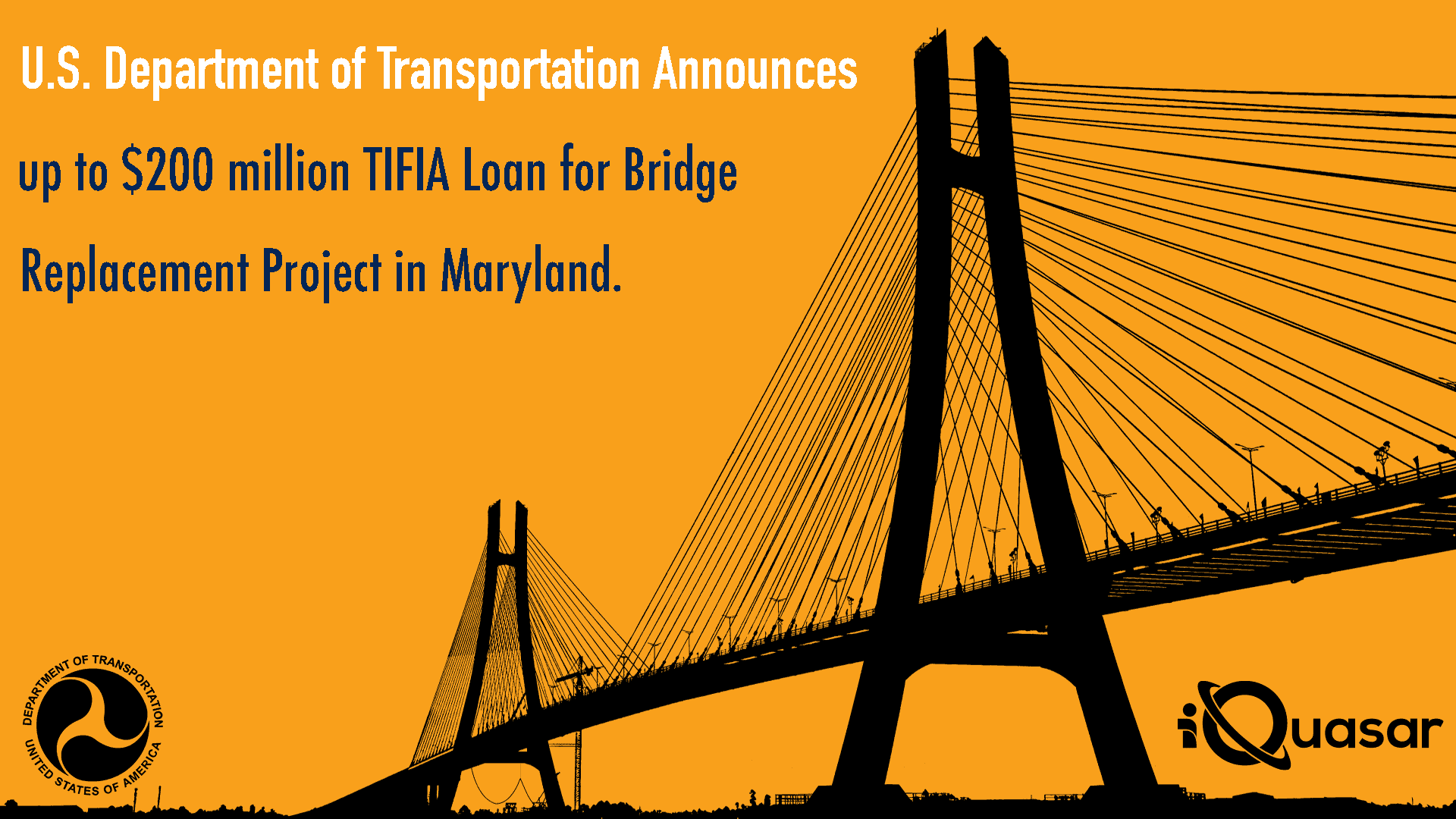 USDOT, on 29th April, announced that its Build America Bureau has given a $200 million low-interest loan to the Maryland Transportation Authority (MDTA) for the Governor Harry W. Nice Memorial/Senator Thomas “Mac” Middleton Bridge Replacement Project. TIFIA loans help communities across the country by reducing the cost of infrastructure projects.

The $672 million project will replace the 83-year-old bridge, which carries US 301 over the Potomac River between Maryland and Virginia. This project will expand capacity by doubling the number of lanes from two to four and ensure a higher vertical clearance over the navigable waterway, allowing taller vessels to pass under the bridge.