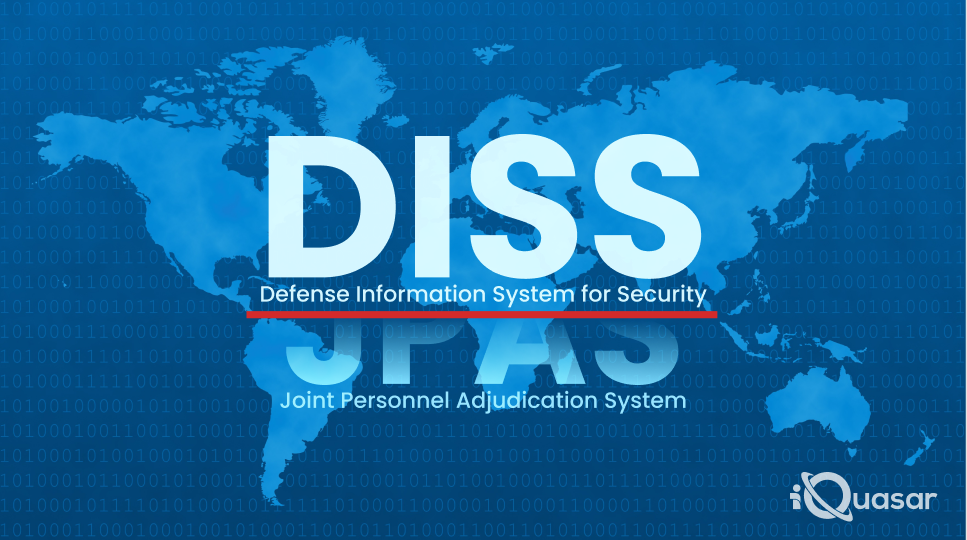 The year 2021 saw significant changes for Facility Security Officers (FSOs) and cleared individuals. After 12 years of waiting, the Defense Counterintelligence and Security Agency (DCSA) has finally retired the Joint Personnel Adjudication System (JPAS) in favor of the Defense Information System for Security (DISS). DISS is a web-based application that provides secure communications between security officers and adjudicators allowing users to request, document, and identify actions related to personnel security.

What is DISS, and Why Does it Surpass JPAS?

JPAS was the Department of Defense (DOD) system of record for recording clearance eligibility determinations and access to classified information, up to Top-Secret. One of the key shortcomings of the JPAS was that various systems (JAMS, JCAVS, and CATS) inside it didn’t sync well. Joint Adjudication Management System (JAMS), and Joint Clearance and Access Verification System (JCAVS) measure some of the judgment systems of records that were used inside JPAS. These systems worked separately and DoD needed a system that could merge these systems together.

Some of the enhancements the new system can give to assist security personnel, and adjudicators contour method are:

DISS as a Family of Systems

Rather than a single database, DISS is a family of systems designed to act as the security system of record for all Department of Defense personnel, including military, government civilians, and contractors. This family of systems is named Scattered Castles.

Scattered Castles acts as a database used by National Intelligence Community (IC) to record eligibility and access to Sensitive Compartmented Information (SCI) and different caveated programs. These databases are clearly different in many ways and don’t seem to be connected. It’s essential for security personnel to understand the variations and really valuable for candidates to understand them as well. Scattered Castles could be a closed system with restricted access for security personnel and doesn’t electronically connect with JPAS. National Intelligence Community Policy steerage 704.50 provides the authority and primary data relating to Scattered Castles. With the transition of JPAS to DISS, it’ll be easier to work out where a security clearance lives once it involves the National Intelligence Community. Before implementing DISS, any security clearance issued by IC wouldn’t mirror in JPAS just in case the clearance was beneath a periodic reinvestigation, crossover or assessment, and it might be equally exhausting to seek out the standing in scattered castles.

JPAS was exclusively used in DoD with many limitations while DISS will serve as the system of record for personnel security, suitability, and credential eligibility management for all military, civilian, and Department of Defense (DoD) contractor personnel. It is a more innovative, web-based application, and provides secure communications. iQuasar understands that DISS fulfills its objective to improve reciprocity, usability, and timeliness of back-end processing; those improvements could put cleared professionals to work faster. This could also make it much easier for the cleared population to move into new positions with other agencies.

iQuasar has a team of professionals who work with clients and their FSOs directly to verify or sponsor candidates’ clearances via DISS.

To know more about how we can help you

Set Up A Meeting With Our Expert!